The Fund will be managed by an experienced team of professionals with investment, operational, and entrepreneurial experience. Lauren Flickinger, located in Asheville, will be the lead fund manager and primary point of contact for the Fund. She will be joined by a core team of fund managers and venture partners from Hatteras. Located in Asheville, Lauren will be dedicated to identifying, investing in, and supporting the growth of healthcare-focused companies in Western North Carolina. Prior to joining Hatteras, Lauren spent six years in investment banking with Morgan Stanley in New York, where she served as a Vice President advising clients on mergers and acquisitions as well as public and private capital markets transactions. Lauren previously managed the Eastern Europe and Central Asia practice of DHInfrastructure, an economic and finance consulting firm specializing in advising the World Bank and other international financial institutions on infrastructure development.

Lauren holds a bachelor’s degree from Smith College and an MBA from the University of North Carolina-Chapel Hill. She is a native of Western North Carolina and lives in Asheville, NC with her husband and daughter. She is excited to have this opportunity to invest in and bring jobs to her local community.

John co-founded Hatteras in 2000 after a successful career as a technology entrepreneur. After a decade in politics and public policy, he was founder and CEO of E-Comm, Inc., a software development and services firm specializing in remote and mobile computing. Following E-Comm’s acquisition by XcelleNet, Inc. (XNET), John ran the services division there until the company was acquired by Sterling Commerce (SE). Following the acquisition, John founded Hatteras with Clay Thorp.

At Hatteras, John is responsible for the firm’s investments in healthcare and life science information technology and overall fund operations.

With his partners at Hatteras John has helped build a seed and early-stage venture capital partnership with over $700 million under management in six funds. In that time, he has served on the boards of Synthematix, a chemistry informatics company that was acquired by Symyx Technologies (SMMX); Clinverse, a financial lifecycle management technology provider to contract research organizations (CROs) and pharmaceutical companies, acquired by Bioclinica, Inc.; Bivarus, a survey-based health analytics company acquired by Press Ganey; NurseGrid, the nation’s most widely distributed nurse scheduling platform, acquired by HealthStream; and Medfusion, a leading patient engagement platform, acquired by NextGen.  John currently serves on the boards of Iris Healthcare, Elligo Health Research, Wildflower Health, Jumo Health, and as an observer at SafeRide and Clinipace Worldwide. He holds an A.B. from Harvard University. Fred Goldwater provides strategic advisory services and executive support to companies serving the healthcare market. He has more than 35 years of executive management experience in manufacturing, financial services, healthcare and an extensive background in business development (including mergers, acquisitions, joint ventures, and large-scale project development/implementation), operations, information systems, sales, marketing and, product development. He was recently COO of AlignCare, an analytics company utilizing Rx data. He was COO of Community Care of North Carolina Services Inc., the for-profit subsidiary of CCNC, a Medicaid population health management company. He served as CEO of RealMed, a revenue cycle management company providing services to providers and payers and managed its sale to Availity. At the end of 2007, Fred retired from Blue Cross and Blue Shield of North Carolina as Senior Vice President of Operations and Business Development where he also had segment responsibilities for self-insured, government, and senior markets. Prior to BCBSNC, he held various executive management roles with Providian/Capital Holding and WestRock. He has had consulting positions with NC Health Information Exchange, FastMed, LipoScience, Cain Brothers, American Well, MedFusion, and Technosoft. He is on the board of i2i Population Health and the Chamber Orchestra of the Triangle. Fred earned an MBA from Pace University and an undergraduate degree from Babson College.

Don Rose is a Venture Partner at Hatteras Venture Partners. He has extensive experience in launching and building life science startups, most recently as Director of the University of North Carolina’s KickStart program. At UNC, he helped spin out 80 companies that have gone on to raise over $500M. While at UNC, he published Research to Revenue: A Practical Guide to University Start-ups (UNC Press, 2016). In addition, he’s a Professor of the Practice at UNC’s Kenan-Flagler Business School, teaching entrepreneurship. Prior to UNC, he held senior leadership roles at several life science startups: Metabolon (metabolomics), Deerac Fluidics (nanoliter dispensing), and DataCentric Automation (high-throughput crystallography). Before that, he was a partner with Catalysta Partners (now Hatteras Venture Partners), where he co-founded Phase Bioscience (NASDAQ: PHAS). Prior to Catalysta, he was co-founder and VP of Research and Development at Cartesian Technologies, a leader in instrumentation for DNA microarrays and nanoliter dispensing. Prior to Cartesian, Dr. Rose was a research scientist at Glaxo Wellcome (now GSK) where he developed and promoted a number of technologies in bioanalytical chemistry, combinatorial chemistry and, high-throughput screening. Prior to GW, Dr. Rose developed various aspects of capillary electrophoreses instrumentation at Hewlett-Packard Laboratories. Dr. Rose received his Ph.D. in Analytical Chemistry and BS in Nutrition from the University of North Carolina. He holds six US patents and has published eight papers and two book chapters. 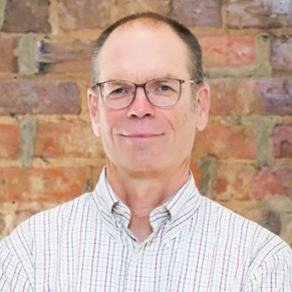 GoCheck Kids’ (GoCheck) vision is to help children see their potential and their future. GoCheck is a comprehensive vision screening solution that addresses the leading causes of vision loss in children. As a revolutionary pediatric vision screening platform delivered via a smartphone, GoCheck performs real-time analysis on photos of the child’s eyes leveraging artificial intelligence (AI).

Ilumivu provides healthcare decision support and pre-diagnostic applications using the psychology of behavior change combined with real-time data from smartphones and wearables. With a pedigree in research in multiple disease areas at over 100 leading research universities and health systems, Ilumivu delivers just-in-time adaptive interventions based on individualized baselines to improve measurable patient care outcomes. Ilumivu’s Cardiogram mobile software is a leading cardiovascular health app having been downloaded by over 3.7 million users. Configo Health Inc. is a healthcare data and analytics company, focused exclusively on pediatrics, that helps children’s hospitals and their teams make better decisions through the use of timely, trusted and actionable insight. Through its OPUS benchmarking platform, Configo currently serves Quality & Safety, Equity and Surgery departments and their respective clinical and administrative stakeholders.